Once there was a nice lady.
Her favorite place was the Cozy Nook.

The nook was a corner full of twinkle lights and office supplies, two of the lady’s favorite things. Early in the morning, she’d wake and go straight to the cozy nook.  She’d draw and write and pray and ponder.  And the time in the cozy nook would refresh her and fill her with wonder.

One day in the nook, she read about the poet, Theodore Roethke.  Based on his poems, she suspected he’d been funny, but also very sad at times.  She wanted to hug him for all the words he’d given her, so on impulse, she drew herself as a cartoon hugging him.  It made her laugh a little at herself, but in a strange way, it made her feel like she’d given him a bit of love in return for his gifts to her.

Drawing the cartoon made her feel so good, that she drew herself with more dead authors whose words had helped her over the years…angsty Fyodor Dostoevsky, sweet Thomas Merton, kind Mother Teresa, clever Beverly Cleary (okay, not quite dead)…the lady’s love list was long and varied.  One thing about the lady, and perhaps about you, is that she loved words.  And the more she immersed herself in them, the closer she felt to the authors.  But it’s hard to give back to dead people, you know?  So she gave what she could and what made her laugh.

Hey Fyodor! No parking on the dance floor, baby!
(Dostoevsky and me at first ever Bonnaroo). 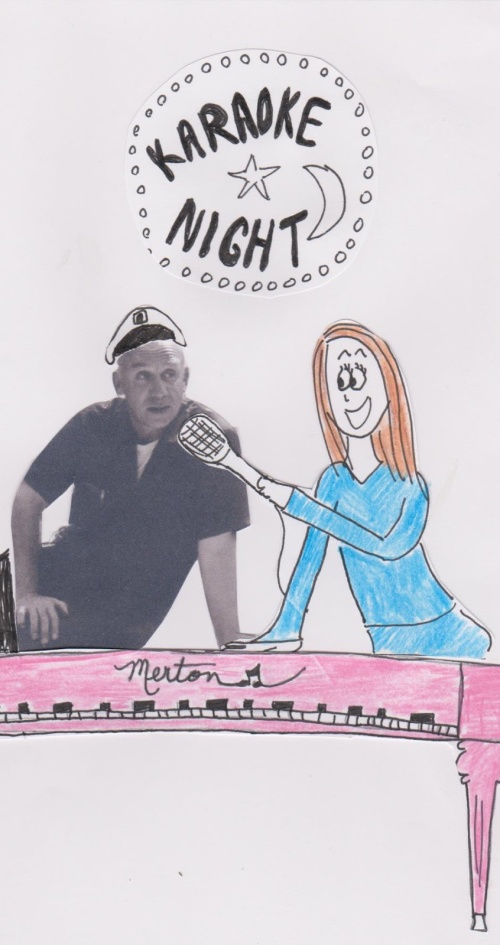 Merton could flat out rock a Captain and Tennille number
after a few gin and tonics. 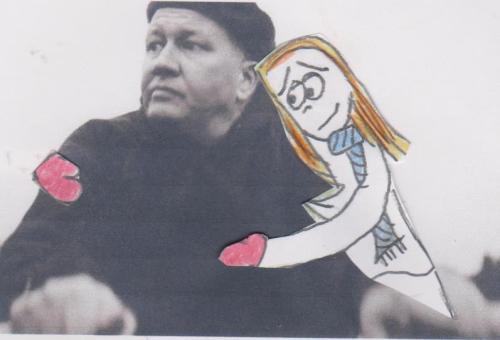 This is me hugging Theodore Roethke and him acting like he didn’t need it.
But he did, y’all. He diiiiid.

That Bev, she’s always like “Yo, bitch…lemme take you to my salon,
and getcha hair done RIGHT.”
That Bev. She don’t take no for an answer.

You know how it is…sometimes one friend is super into chickens,
but the other friend is all “BUT THEY PECK YOUR EYES AND CARRY BIRD FLU!”
you just work it out, man

This piece originally appeared on Pam’s blog, Yes I Like Paul Stanley