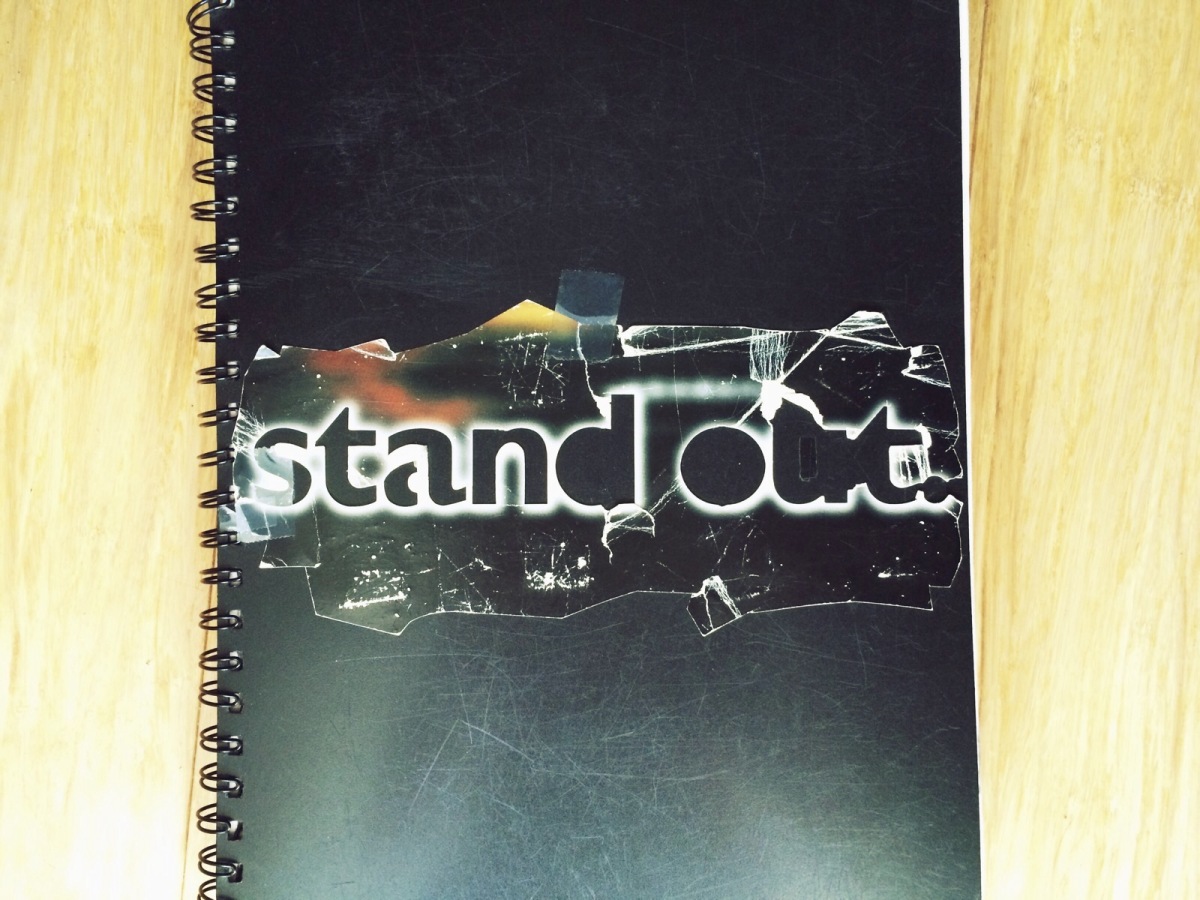 The obsession started when I was just a kid.  It was like a preternatural inclination:  Me and clothes.

I would start the day in one outfit, a carefully concocted ensemble of vibrant colors, and end the day in something entirely different.  Sometimes the clothes were my own, sometimes they were borrowed from one of my girl cousin’s closets.  I was eternally getting in trouble with my aunts for changing outfits when on playdates at their house.  I can recall them asking my mom “doesn’t it drive you crazy that she changes her clothes all day long?”  But my mom was cool, I think she saw that it was my thing and she never tried to hamper that part of me.

Then there were my treasured American Girl dolls.  My mom taught me how to sew around the age of 11, and I started making doll clothes. I have such vivid memories of dressing them in my awkwardly designed creations, nothing ever fit perfectly but I had made them myself.  The feeling of making clothes with my own hands was transcendent.  By the time I entered high school, I knew exactly what I wanted to do with my life.  There was no question in my mind:

I would become a Fashion Designer.

It felt like what I was meant to do, my calling in life, my passion, my true love!  I began subscribing to Vogue at age 15.  Then came Harper’s Bazaar and W.  I would carry these with me to school in my leather satchel and read them every spare moment I had.  They were my bibles, and I adored them.  I also carried around a big black sketch book, in which I would doodle all my fabulous fashion designs during class.  I knew the name of every high-end designer and every top supermodel by heart.  I could tell a Narcisco Rodriguez sheath from a Calvin Klein shift from a mile away.  Alexander McQueen, Miuccia Prada, Tom Ford, Stella McCartney, Helmut Lang— these were my idols.  My walls were decorated not with boyband posters (as they had been in my youthful Hanson days— swoon!) but with ads and features pulled out of my fashion magazines.

In high school I made my own clothes and would buy handbags from the Gap that I then deconstructed and redecorated myself.  Senior year I was voted “Most Stylish” (with my friend Matt, who truly was the epitome of male-chic), and that solidified it for me.  I can recall two of my other friends, who had each been voted for other “Senior Superlatives”, saying that they couldn’t care less about winning the vote.  For me, it was like being crowned Prom Queen.  But better.  That title still makes me smile, no matter how frivolous it was.

Well before Senior year commenced I had chosen my desired college:  FIDM–  The Fashion Institute of Design and Merchandising in Los Angeles, California.  Dream of dreeeeams.   To me, as a high school teenager, there was pretty much no place in the world more thrilling than Los Angeles, and it felt like that’s where I belonged.  I made my requisite entry portfolio with my own fashion designs, and was accepted.  My life was on track, I was an arrow headed directly for my target.

And then reality came over and kicked me in the knees.

It was complicated, but essentially my parents didn’t agree that it was the best idea for me to attend such a ridiculously expensive school on the other side of the country, when I could go to a Florida state college for a fraction of the cost and stay close to home.  I can recall a few angry debates, and lots of confusion on my side.  Was it the money?  Was it the quality of the institution?  Did my parents want to torture me?  WTF?  Why, why, why?  I truly can’t remember the details of how they came to their decision, probably because I was 18 and blinded by that extreme self-obsession that is the hallmark of said age, but eventually I realized I wasn’t going to my dream school.  At least not right then.  So I convinced myself I’d get there “eventually.”  Only now do I see how childish I was, how unable I was to grasp what it takes to achieve something you desire.  Maybe I was spoiled a little bit, and perhaps at that stage of my life I was more of a dreamer than a doer.  Without a doubt I was stubborn.  In the end I never went to FIDM, but instead took a gloriously atypical, thrilling, and wonderful winding path toward a different life—my life.

Many years ago I wrote in one of my journals, “to be ordinary is a fate worse than death”.  Melodramatic?  Uh, yes.  I’m pretty sure I got that line out of a Judy Blume novel, to be honest.  But it was how I felt, so deeply, throughout my youth.  More than anything else I wanted a life of unexpected adventure.  And you know what?  My life has never once been ordinary.  Ha.. isn’t it funny that when you aren’t looking your life becomes exactly what you wanted it to be, by the fate of your very actions.

There is another emotion that is so closely related to Regret that we sometimes confuse one for the other.  It is nostalgia mixed with a wondering of “what if?”.  I wish there was a word for this emotion.  Maybe there is, but I haven’t found it yet.  “Wistful” comes so close, it’s almost that:  “having or showing a feeling of vague or regretful longing”.  Yes… longing.  A longing for the past and what could have been.  It is akin to longing for a loved one you once had in your life, or a precious item you once possessed.  It will forever hold a place in your heart and mind, as though its presence at that time in your life burned a permanent imprint upon your soul.  You cannot delete it from your existence, it has become a part of you.

And so I still allow myself to wonder what my life would’ve been like if I’d become a Big Name Fashion Designer.  Every once in a while I let that dream drift back through my conscious mind and say a warm hello to it, ponder it, let it embrace me, and then let it pass on by.  Because the “road not taken” isn’t just about the path we didn’t take at some point in our life, but rather about the many paths we did take.  I made a choice way back then to not stubbornly pursue my dream to attend fashion college, and I am so incredibly glad that I did.

Image at top:  photo of my old fashion sketch book, filled with dreams and daring.