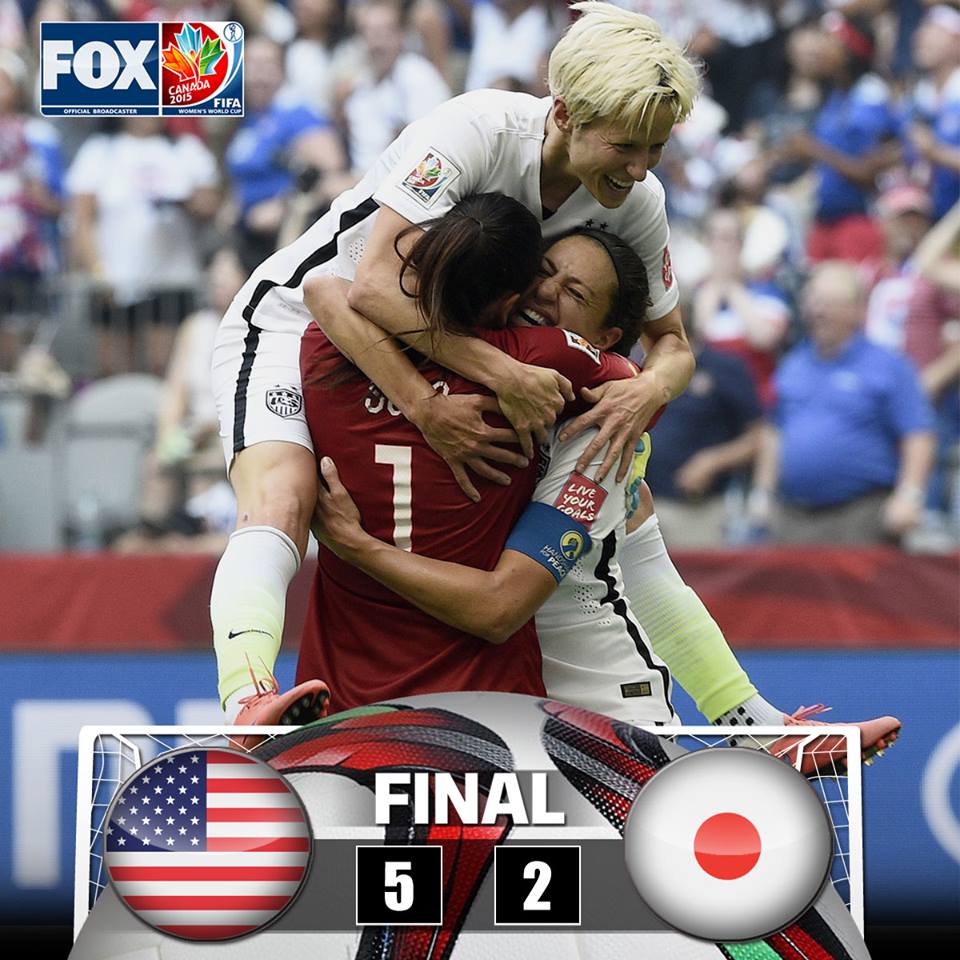 It was a week full of goodness, celebrations, BBQ and fireworks. Let us here at Project:Women give you some of the bright (and winning) highlights in our MONDAY MENAGERIE!!!

If you missed this incredible game you can see the highlights in this one minute replay video distributed by Fox Soccer. These women will be written about in the history books because of how they played, how hard they worked and for the love and respect they showed for each other. Way to go USA!!

Since the Supreme Court ruling on June 26th, love has been in the air… along with rainbows and debates… but mostly love. In keeping with this theme I wanted to share a beautiful video that a friend, Katie Clarke, created and composed in celebration of this historic time. She is a gifted pianist and I admire that she chose to use her talent to celebrate and support equality and love.

Check out more of her lovely work here: www.katieclarkepiano.com

A recent campaign ad for Under Armour Women’s Apparel

Last week Misty Copeland was named principal ballerina with the American Ballet Theatre. Why is this a big deal? She is the first African American to be named principal in its 75 year history.  In this sweet interview with her first ballet teacher, we see again why it is so important and necessary for children to have someone to believe in them. Regardless of a child’s circumstances she/he can achieve what seems to be the impossible when they have even just one person telling them that “they can.” 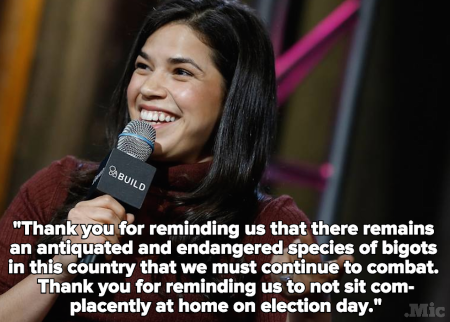 Happy 4th Of July! On this holiday, America always wins but the America I am talking about in this post is America Ferrera.  She is “thanking” Donald Trump for his racist remarks at the launch of his presidential campaign and what she says is both passionate and powerful.

“No, Mr. Trump, you may not reduce us to drug dealers and rapists,” she wrote. “We are moms and dads, sons and daughters. We are valedictorians and honor students. We are college graduates, bankers, police officers, entertainers, teachers, journalists, politicians and we are the future of America.”

This country is about the people and should stand as One Nation where everyone deserves respect. Thanks, America. 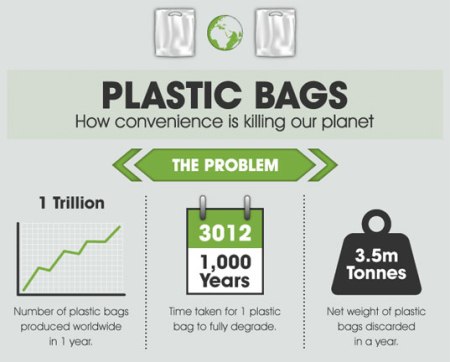 Have you heard of The Story Of Stuff Project? I am obsessed with it because 1) It was started by a woman 2) It uses clever and entertaining media to get a very important message across and 3) It is creating widespread change. Go. Check. It. Out.

In December 2007, Annie Leonard and her friends at Free Range Studios put a 20-minute movie about the way we make, use, and throw away Stuff on the internet, unleashing a torrent of pent-up demand for honest conversation about the impacts of our consumer-crazed culture on people and the planet. In the six years since The Story of Stuff was released, Annie’s ‘cartoon about trash’ has been viewed more than 40 million times worldwide.

I also love The Story Of Stuff Project because they get people to take action and right now they are taking on Big Plastics.  On July 1st, the Plastic Bag Ban went into effect in California, which was a HUGE win for environmentalists but there is still resistance in many states.

over 3 million dollars has been spent on a signature gathering campaign that is forcing California’s law onto the November 2016 ballot, and delaying the ban until voters cast their votes on a referendum

In response, #MyBag was born. #MyBag is a social media campaign that invites you to go online and post pictures of yourself, friends and family, with reusable bags you use at the store. Let’s BAN together and take down Big Plastic…one reusable bag at a time.

Also, it’s Plastic-Free July so take the movement one step further and sign up for the challenge. Refrain from using AT LEAST plastic bags, single use water bottles, straws and single use coffee cups for the month of July. We can do it!

Not only is Costa Rica beautiful, they are nice too! It has been announced that Costa Rica is closing its zoos and will release the animals from captivity.

“We are getting rid of the cages and reinforcing the idea of interacting with biodiversity in botanical parks in a natural way,” said Environment Minister René Castro. “We don’t want animals in captivity or enclosed in any way unless it is to rescue or save them.”

Here! Here! to animals thriving in their natural habitat. 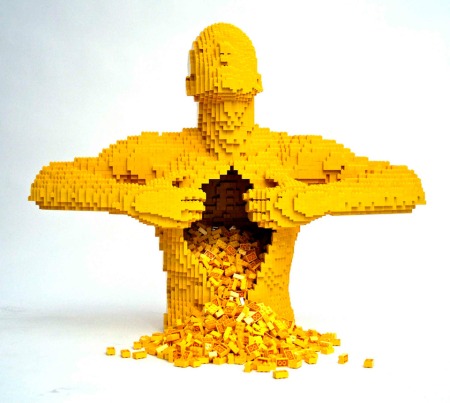 LEGO has been aalllll over the news lately. They made this announcement last week…

They’re going to invest 1 BILLION to hire 100 amazing, smart people to figure out materials that aren’t harmful to the environment that can be used to make Legos instead.

LEGO also announced that they are adding more Women In Science to its lineup of gotta-have-them-toys!

We love companies that actually listen to their consumers and don’t rely on “business as usual.”  Lego my LEGO!

Cuba has just eliminated HIV transmission between mother and baby

Cuba’s success demonstrates that universal access and universal health coverage are feasible and indeed are the key to success, even against challenges as daunting as HIV,” said Carissa Etienne, director of the Pan American Health Organization.

Just a little something to make you smile. Have a great week!